I meant to post this after our class the other day about “books.”  I expressed a little disgust on the idea of a “comments section” in ebooks, which seems to be an inevitable future.  It’s a sort of global marginalia.  I have a love/hate relationship with marginalia (though I enjoy to say the word “marginalia.)  Sometimes it’s like folk art and sometimes it gives you a glimpse at the history of the copy of  the book and its previous owners.  Sometimes, it’s just irritating.  Here is my used copy of Meditations by Descartes that I’ve had for a couple of years.  I pick it up every now and then to give my mind unnecessary agitation. 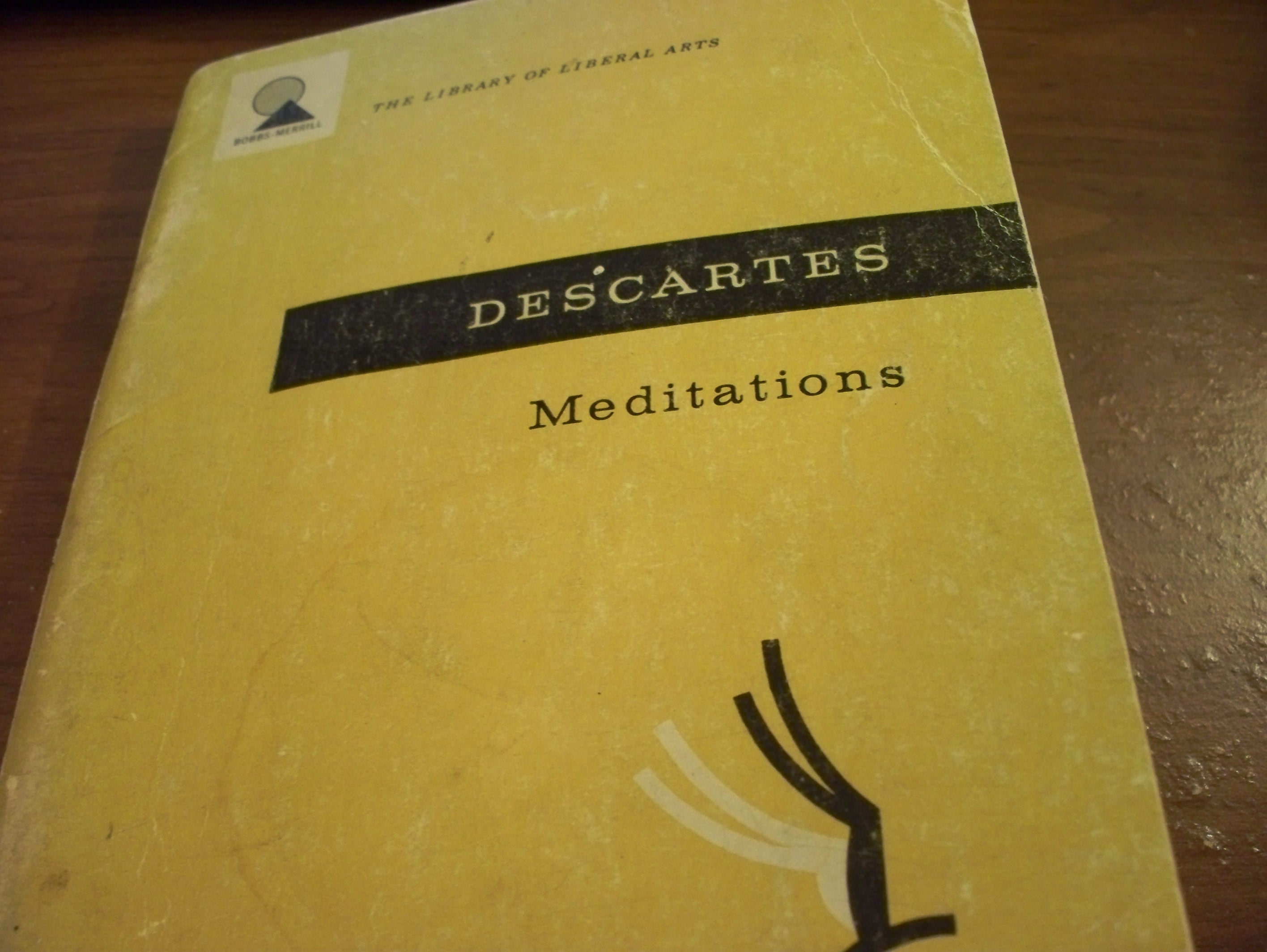 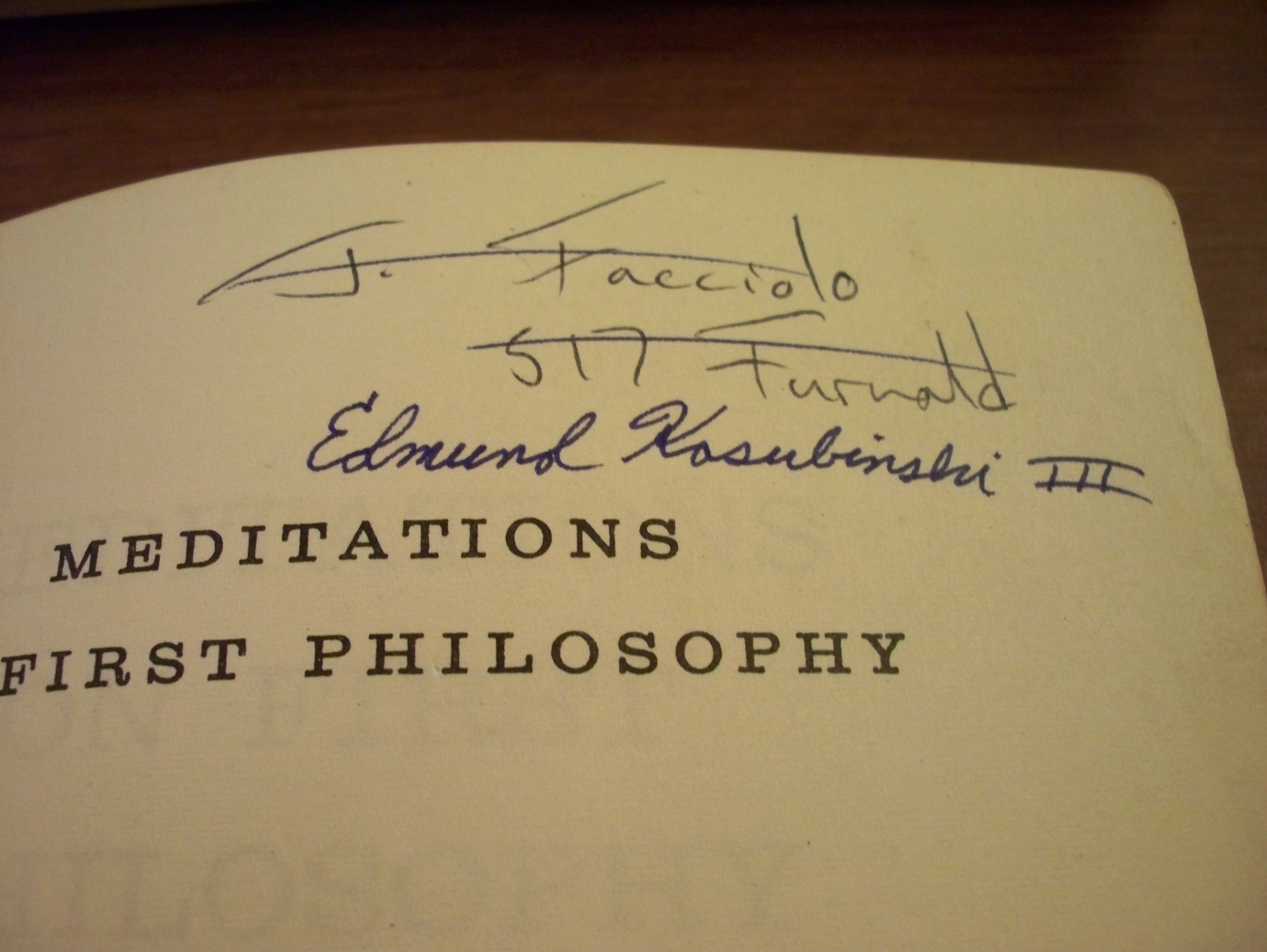 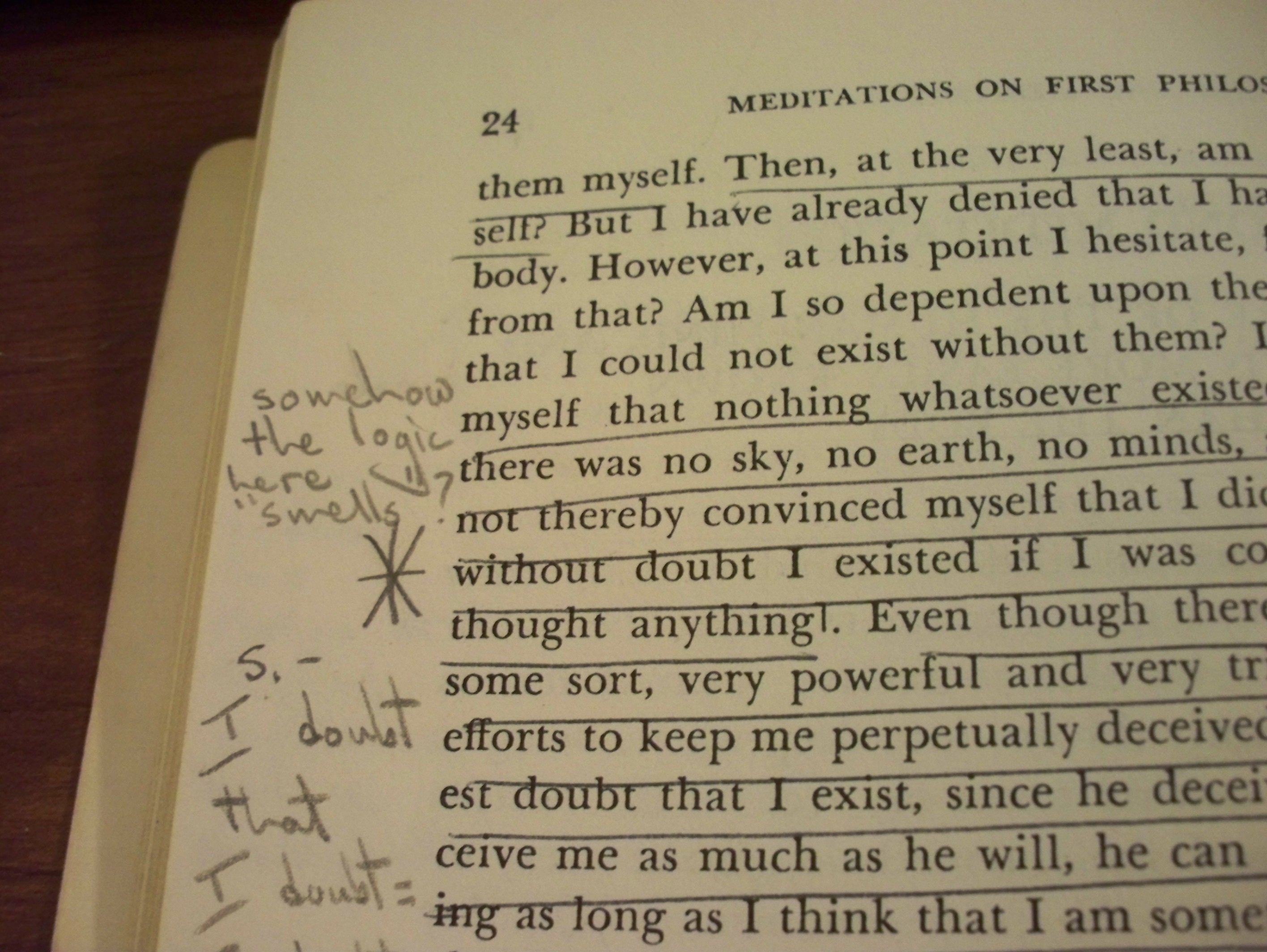 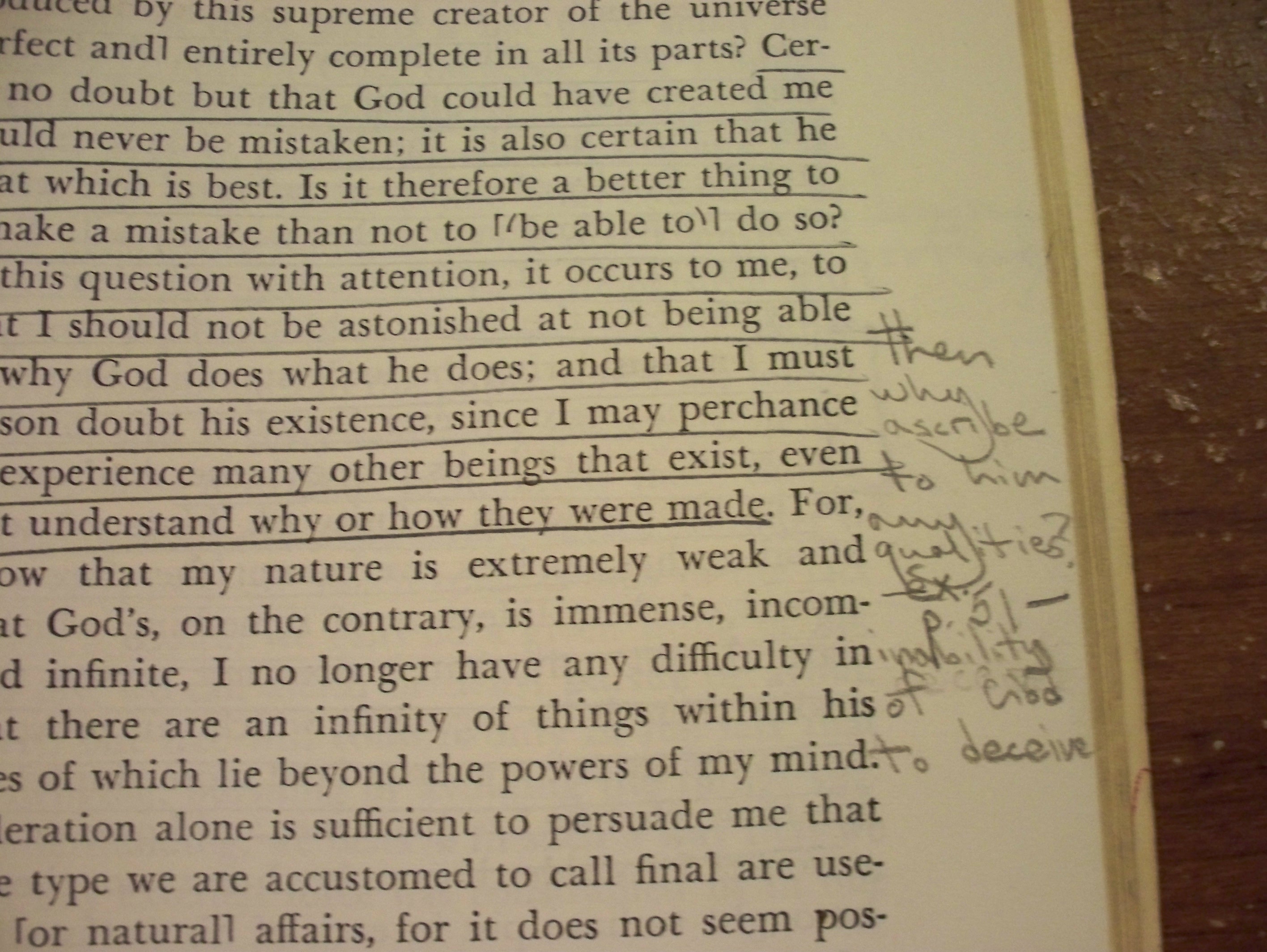 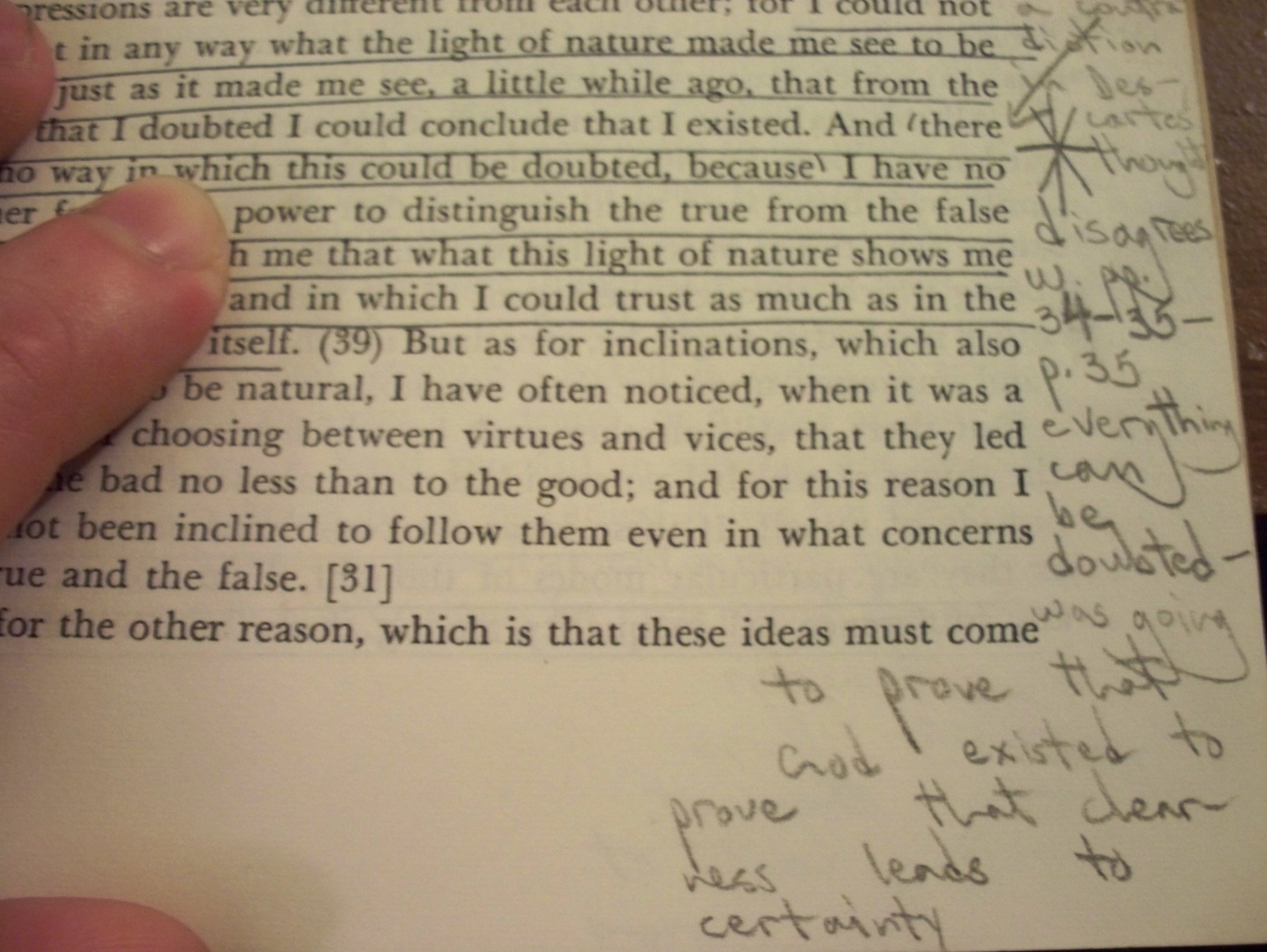 As you can see, besides underlining nearly every sentence, J. Facciolo filled the margins with his pencil notes.  It’s a hard enough text to get through on its own, but I have to deal with J.’s thoughts on the matter too.  I guess there’s a reason I’ve kept it after all of these years and haven’t taken an eraser to the margins.  One reason is probably just that I irrationally refuse to get rid of books.  The other reason is that I find some sort of sick enjoyment reading a book with J. instead of completely by myself.  It’s just me, Descartes, and J. until this book is burned in the dystopian sci-fi future.  And sometimes he makes a decent point.